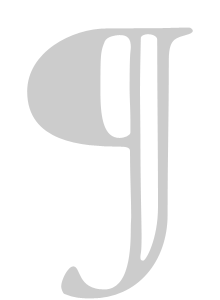 The collection at Dr Williams’s Library has traditionally concentrated on three subject areas, namely Constantinople, Biblical materials and church history. The stress in recent years has moved noticeably onto the history of Protestant dissent which reflects the large manuscript holdings. The collection is rich in autobiographical material and seventeenth and eighteenth-century correspondence. It also contains a small but interesting amount of dissenting portraits, photographs, prints, and maps, and a variety of other objects and artefacts.

Born in London on the 18 April 1817, G H Lewes is probably best known as the consort/partner of George Eliot. He encouraged her genius and managed her publishing affairs. A journalist, novelist, playwright and actor, he established a library which, following his death, was for the most part gifted to Dr Williams’s Library in 1882 by Charles Lee Lewes, his son.  Forty percent of Lewes’s books come under the classification of science and medicine and some of these date from the seventeenth century.  Lewes’s library reveals his interests in European thought with an emphasis on German ideas; it includes imprints from France, Italy and Belgium, with the earliest dating from the sixteenth century, and a handful from America.  This move has given us the opportunity to carefully assess the collection and write a formal condition report in order to apply for conservation grants.  With a minimum intervention policy in place  the aim will be to conserve and to carry out minimal conservation work.  Many volumes are in their original bindings and  several of these in their original paste and coloured paper wrappers.  A number of  books were purchased from Pietro Rolandi, an Italian bookseller and publisher whose premises were at 20 Berners Street, London.  This collection is particular rich and varied for those interested in the history of the book.

Robinson was apprenticed to an attorney in Colchester at the age of fourteen. There he began to read, first using his master’s library and then borrowing books for a penny a night from the town’s circulating library. He eventually built up an exceptional private library of his own, and his collection of German works attracted a number of scholars including George Eliot. Robinson gave many books away towards the end of his life. A selection of the remaining books went to Dr Williams’s Library, of which Robinson was a trustee; and some books, especially those that had gone to Edwin Wilkins Field, were donated to the Library in the early twentieth century. A portion of the German volumes contain Robinson’s own marginalia, and since they stand in particular need of conservation, would be suitable items for adoption.

All conservation work on the collection also assists the Crabb Robinson Project, the largest project of the Dr Williams’s Centre for Dissenting Studies. Under the series editorship of Timothy Whelan and James Vigus, Oxford University Press is contracted to publish Robinson’s Reminiscences in 4 volumes, a volume of early miscellaneous diaries, and the main Diary (1811-1867) in c.35 volumes.

Dr Williams’s Library holds a unique and remarkable set of manuscript and rare book collections relating to the dissenting churches in England. Its manuscript collection is of national importance and not limited to dissent but includes other collections of historical material. It comprises large collections of correspondence, diaries, sermons and other scholarly works.  A popular but at risk collection is Philip Doddridge’s extensive correspondence.  After designing a database which contains a record of all the manuscripts consulted over the last ten years the Doddridge correspondence proves to be very popular.  In particular new researchers from American and Australian are studying the letters and disseminating ideas and knowledge of this collection to a wider audience.  A number of readers including Friends have ask me, in particular, to find  works by Doddridge for adoption.

The Congregational Library was the brainchild of Joshua Wilson (1795-1874) and has at its core the enormous collection of puritan and later writings, both printed and manuscript, which he collected. Although a member of a prosperous family of silk merchants (his cousin John Remington Mills was said to be the richest commoner in England), Wilson was entirely free from the besetting sin of wealthy Victorian collectors, that of ripping off the original rough bindings from the treasures they found and handing the books over to binders who sent them back sumptuously clad in leather and dripping with gold leaf. Consequently we not only have the thousands of rare and interesting works Wilson sought out, but we have them in the condition in which their original owners bought and read them. Furthermore, because the library spent much of the last century being under-used, this tendency towards unspoilt condition continues even into Wilson’s own day and beyond, so that our sets of important series such as the Parker Society or Wyclif Society have not been used to death and re-bound, as in so many libraries, but are still smartly got up in their original cloth. Even when we come to the mid-twentieth century and the productions of the Independent Press and other publishers, the library has never had a policy of throwing away dust-jackets, so that many attractive examples of these have been preserved.

A collection of about two hundred dissenting portraits, some paintings are oil on canvas, others prints, drawings and also a small collection of silhouettes. The collection is at present being listed and evaluated by Dana Josephson (Bodleian Library, Oxford) and the conservator of Dr Williams’s Library.  This is a long term project which has been included in the adopt scheme due to a number of requests from readers and trustees.

Walton was a collector of theosophical works. He began business as a silk mercer and then made his wealth as a jeweller and goldsmith; he spent a great deal on his Theosophical Library at 8 Ludgate Hill. Walton’s primary interests, and the energetic if chaotic style in which he gathered materials, are suggested by the title of an octavo volume he published in a limited edition in 1856:  Notes and materials for an adequate biography of the celebrated divine and theosopher William Law. Comprising an elucidation of the scope and contents of the writings of Jacob Bohme, and of his great commentator, Dionysius Andreas Freher…. He gave his collection to Dr Williams’s Library near the end of his life (1876), stipulating that it should continue to be freely available to all those interested in the subject. The Walton Collection has suffered much wear and tear over the years and due to poor storage is now in need of extensive conservation work. The collection has recently been moved into our strong rooms and is currently being evaluated for conservation and preservation care. In addition to many unique manuscripts that await scholarly editing, it contains diagrams by Freher that illustrate the ideas of the German mystical philosopher Jakob Böhme (1575-1624), many of them strikingly colourful and evocative. These would be very suitable items for adoption, as would volumes such as Walton’s copy of the memoirs of the radical seventeenth-century vegetarian Thomas Tryon.